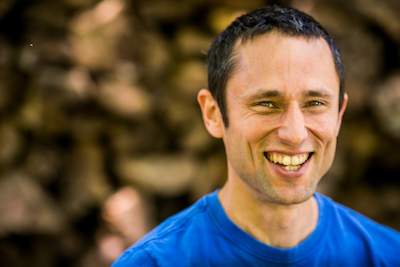 Many arguments for the legalization of cannabis and psychedelics draw on their relative harmlessness. Countering the rationale of prohibition, we can point out that compared to legal drugs like alcohol and tobacco, psychedelics are extremely safe. Given statistics comparing the annual number of alcohol-related deaths in the U.S. (88,000) to the number of cannabis-related deaths (zero), the hysterical warnings of prohibitionists that legalization would destroy society as we know it seem ridiculous.

In fact, the prohibitionists are correct. The legalization of cannabis, LSD, MDMA, psilocybin mushrooms, ayahuasca, and the other psychedelics would indeed mean the end of society as we know it. The threat that conservative political forces have identified is real. If these were just innocuous bourgeois playthings, “experiences” that one could consume on weekends to make life-as-usual a little more tolerable, then the guardians of the status quo would have little reason to prohibit them. They recognize, if only unconsciously, the revolutionary social and political potential these substances carry.

Psychedelics can bestow expanded consciousness, perceptions, and ways of being that are incompatible with those that undergird our society. Psychedelics have the power to subvert the alienation, competition, anthropocentrism, linear ordering of time and space, standardization of commodities and social roles, and reduction of reality to a collection of things that propel the world-destroying machine of modern civilization. They disrupt the defining mythology of our civilization, the Story of Separation.

The elements of the Story of Separation listed above also embed our economic system, which means that the spread of cannabis and psychedelics could have negative economic effects—that is, when we define economic benefit as the growth in monetized goods and services. They promise less consumption of goods and services, not more. The modern self, alienated from nature and community, has an endless craving to consume and possess, seeking to grow in compensation for the lost infinity of the interconnected, inter-existent, true self that psychedelics help reveal.

Beware, then, of arguments that legalization is good for the economy. It won’t be, but it will accelerate a transition toward a different kind of economy. The psychedelic experience reveals its lineaments: less quantity and more quality, fewer “services” and more relationships, fewer “goods” and more beauty, less competition and more community, less accumulation and more sharing, less work and more play, less extraction and more healing. This is utterly at odds with the present economic system.

The present economic system compels and requires growth in order to function. Growth here means growth of goods and services exchanged for money; it means quantitative growth, growth in a measurable quantity. It is the external, collective correlate of the ever-expanding ego, the separate self. As we identify less with that self, conventional economic logic begins to break down. No longer does it make sense that we are fundamentally in competition with each other. No longer does it make sense for scarcity to be the foundational premise of economic life. No longer does it make sense that more for you should be less for me. No longer is security and control of resources the highest priority in making economic choices. Psychedelics can help to reverse the centuries-old economic usurpation of human life, the mentality of the transaction that has encroached on human relations.

For the discrete and separate self in a universe of other, it is quite rational to treat everything outside oneself—animals, plants, water, minerals, and even other people—as instruments of one’s own utility. After all, if you are separate from me, then what happens to you need not affect me. What happens to the honeybees, to the frogs, to the coral reefs, to the rhinos and elephants, need not affect us. We just need to recruit sufficient energy and information to insulate ourselves from the blowback, to engineer new solutions to the problems caused by previous solutions. Nature becomes a collection of “resources,” and no longer a living intelligence. And that is just how our economy treats it.

Clearly, this strategy is a recipe for ecocide, blind to interdependency and ignorant of any intelligence in the workings of the world. Yet it pervades our systems of technology, industry, money, medicine, education, and politics. Psychedelics, therefore, promise to change all of these.

The revolutionary potential of psychedelics lies first and foremost in their power to reveal the Story of Separation as nothing but that: a story. When that happens, nothing built on that story makes sense any more. Yet there seems to be a problem translating that realization into systemic change. Fifty years after the psychedelic revolution of the 1960s, our systems of money, politics, imperialism, and ecological destruction seem more powerful than ever. The world that psychedelics vitiate trundles onward, despite declarations that they would change everything. Here’s Alan Watts, making a similar point to the one I’ve been making:

Mystical experiences often result in attitudes that threaten the authority not only of established churches, but also of secular society. Unafraid of death and deficient in worldly ambition, those who have undergone mystical experiences are impervious to threats and promises....Use of psychedelics in the United States by a literate bourgeoisie means that an important segment of the population is indifferent to society’s traditional rewards and sanctions.

One can hardly read these words, written in 1968, without a twinge of cynicism. Superficially, at least, Watts’ proclamation seems to have been overly optimistic. Looking at the number of hippies who went on to become lawyers and accountants, it is clear that a mystical experience does not necessarily render one impervious to “society’s traditional rewards and sanctions.” The experience invites us out of the story-of-self and the story-of-the-world that we’d taken for reality itself, but there has been no firmly established new story to greet us. We emerge from the experience surrounded by the infrastructure of the old story. The apparatus of modernity shouts that story at us from every quarter. No wonder vivid mystical realizations gradually fade: into principles one must strive hard to remember and practice; into memories of another realm seemingly sundered from our own; finally into a formless ennui that mutes every ambition and punctuates every accomplishment with a question mark.

Why does this happen? One might cite a psychospiritual explanation: that we are flown to a place that eventually we must reach on foot; that we need to experience the territory in between, and thereby rework the habits and heal the wounds that maintain the inertia of who-we-were. Yes, but there is an equally important outer explanation that, we shall see, mirrors the inner: No experience can magically extricate anyone from the matrix of institutions that scaffold our society. We come back from the trip into the same economic system, the same physical surroundings, the same social pressures as before. The Story of Separation has enormous inertia. Its forms surround us and pull us relentlessly toward conformity, however unreal and unworthy of our wholehearted participation they may seem.

In other words, a mystical experience may invite you to quit your job, but even those who have the courage to do it usually face the reality that our economy does not reward the modes of creativity that draw them. I know I am generalizing here, but no one can deny that generally speaking, there is more money to be made by destroying wetlands to build ports than in striving to protect them; more money marketing product than rebuilding community. Leaving the old, there is not usually a “new story” to greet us with ready-made positions, livelihood, and social identity.

Yet Alan Watts was not wrong. It is just that in the psychedelic moment of the 1960s, we underestimated the robustness of the edifice of civilization and could not foresee the trajectory of the transition process. Perhaps there are mystical experiences that immediately and irrevocably change ones life and disintegrate its structures. More often though, the experience goes underground, working us from the inside, hollowing out the psychic infrastructure of the old normal. Its forms remain for a time, but they become more and more fragile.

The same hollowing out is happening on the collective level, as the attitudes that informed prohibition seem increasingly archaic. Listening to politicians, one gets the sense that a great majority of them personally disagree with the drug war, but must espouse the opposite opinion in public for fear of being devoured by the media and other politicians—who themselves privately oppose the drug war too but join in the feeding frenzy so as not to become victims themselves. Not a happy commentary on human nature, but we can take solace from the implication that the ideological core of drug prohibition is decaying. The outward structures of prohibition are a rapidly thinning shell.

Our leaders no longer believe their own ideology, if they have one. Their public statements and private convictions are irredeemably opposed; everyone is trapped in a drama in which few believe. That is another reason why the end of prohibition portends a much bigger shift: it is an admission that the emperor has no clothes. Because what political truism was more unquestionable than "drugs are bad"? The bugbear called "drugs" is now admitted to be a valid form of medicine, psychotherapeutic research, and even recreation. What other unmentionables will be next? After all, public confidence in the fairness and soundness of the economic system, political system, educational system, health care system, global police state, and so on is no less shaky than support for the War on Drugs.

Even as the psychic core of the old world hollows out (thanks in part to psychedelic experiences and research), the external structures that hold us in that world are crumbling too. A mere generation ago, the pursuit of the “worldly ambitions” that Watts refers to reliably delivered at least the semblance of power, security, and control to the bulk of the world’s privileged. No longer. Today, even those who jump through all the hoops still have no guarantee of a place at the ever-shrinking table of normalcy. Play by all the rules, and still the institutions of marriage, healthcare, education, law, and economy often fail us. The infrastructure of the old story that pulls us back from the world that psychedelics reveal as possible is losing its grip. As the hollowing-out from the inside meets the disintegration on the outside, cracks appear in the shell of our world. The impending ascendency of cannabis and psychedelics to legitimacy is one of them, and it will widen the others.

Charles Eisenstein is a speaker and writer focusing on themes of human culture and identity. He is the author of several books, most recently Sacred Economics and The More Beautiful World our Hearts Know is Possible. His background includes a degree in mathematics and philosophy from Yale, a decade in Taiwan as a translator, and stints as a college instructor, a yoga teacher, and a construction worker. He currently writes and speaks full-time. He lives in Asheville, North Carolina with his wife and four children. He can be reached through his website, charleseisenstein.net.