In Pursuit of GMP MDMA 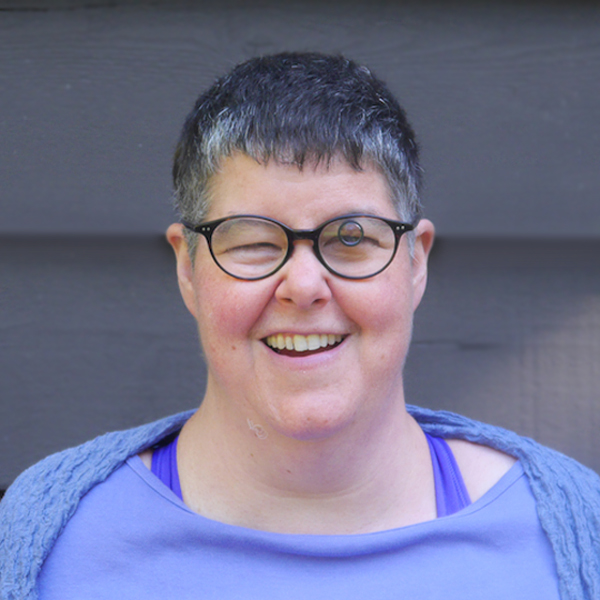 In 2017, when MAPS begins conducting our Phase 3 clinical trials on MDMA-assisted psychotherapy as a treatment for posttraumatic stress disorder (PTSD), we will need 500 grams or more of methylenedioxymethamphetamine (MDMA). This material must be manufactured under very specific conditions, called Good Manufacturing Practices (GMP). These practices refer to the conditions found in the laboratory where the drug is made, the documentation of the chemicals involved in the synthesis, the manufacturing process, and specific analyses of stability and purity. GMP-certified MDMA is not only required for Phase 3 studies in the U.S., but also for trials in the European Union.

The MDMA that was used in MAPS’ U.S. Phase 2 studies was manufactured by David Nichols at Purdue University in 1985. The MDMA used in our Swiss and Canadian Phase 2 trials was manufactured in Switzerland in 1998 by pharmaceutical supplier Lipomed AG. Both original batches are highly pure and stable, but neither was made under GMP. As a result, despite having access to pure and stable MDMA, MAPS had to locate a company willing and able to manufacture GMP MDMA for our Phase 3 studies, which meant that the company also had to possess or obtain a Schedule I license from the U.S. Drug Enforcement Administration (DEA). At first, we had some hope that we could obtain retroactive GMP certification for the MDMA we already had, however we soon learned that regulators would require us to make a new batch of MDMA from scratch.

I was excited to assist with this project in part due to the impact that a shortage of GMP MDMA was having on human trials. The absence of GMP MDMA available for research makes the work more difficult and expensive, and discourages scientists from pursuing interesting questions. By manufacturing affordable GMP MDMA and making it available to researchers, we can spur more research into the therapeutic efficacy and mechanisms of action of MDMA.

In order to find the right manufacturer, we first had to locate companies that had GMP facilities and Schedule 1 licenses, or at least one of those features. The search was a team effort, with several researchers and colleagues contributing the names or contact information for candidate firms or offering advice about what to look for in a candidate firm.

I was able to establish through searching company websites that over half of our first set of candidates lacked one or both of the essential features we needed, while others had at least one GMP facility or a Schedule 1 license. These companies were found around the world, but most had a U.S. or North American office.

A few firms initially expressed interest but later declined to take on the project. After gathering advice from colleagues with experience in drug development, we started asking representatives more specific questions. We asked about the company’s prior experience taking a drug through the U.S. Food and Drug Administration (FDA) drug approval process, their experience working with similar molecules, and what processes were in place for documenting the processes and resolving issues. The process was slower than I might have imagined.

When candidate firms were interested in the contract, they sent a proposal to us with information on time scale and pricing for their product. Collecting and comparing these various proposals was a significant organizational challenge which we were able to solve. We met with representatives from candidate companies at several points in the search, varying from a simple telephone conversation to a teleconference with half a dozen people in three different time zones. We even had a few in-person meetings with representatives from two of the strong candidates, including Shasun, a UK-based pharmaceutical manufacturing company with GMP facilities.

We chose Shasun—now Sterling Pharmaceutical Services LLC (SPS)—because they offered a reasonable price and an organized proposal, had previous experience with the FDA, and already had plans for shipping and storage. The Shasun/SPS representatives we met also seemed interested and very engaged in the project, meeting with me and MAPS Executive Director Rick Doblin in person, and responding quickly to our questions. They even had prior experience with similar molecules, and had taken drugs through the FDA approval process. Unfortunately, they were not able encapsulate or package the MDMA after manufacturing, so we are now in the process of locating one or more firms willing to complete these final steps. I was personally excited, too, since SPS’ final proposal had selected as a precursor a compound used in flavoring and perfumery, and I have a personal interest in fragrance chemistry.

Since we signed the contract with SPS, we have received regular communications from members of their team in the UK. After resolving a small issue obtaining a license from the British Home Office to manufacturer a controlled substance, SPS began taking the first steps in formulating a production route. They send us biweekly reports of each step in the process, including any snags or difficulties they encounter. At one point, we received images of test results from the material. We are fortunate to have the expertise of David Nichols and a Swiss pharmacologist in this process, whom we include in our correspondence with SPS.

Shasun/SPS CEO Kevin Cook generously agreed to speak with The Guardian (UK) for a September 2016 feature article entitled “My Therapist Gave Me a Pill: Can MDMA Help Cure Trauma?” The article reported that about 20 of the company’s 325 UK staff are involved in the MDMA production process. “We can handle products here where there is a high risk of diversion—products that can be used for recreational as well as medical benefit,” Cook told The Guardian. For Shasun, MDMA fits right into their existing work. “We just treat it like any other project,” said Shasun chemist Robert Smith, Ph.D.

We have now moved from route finding and small test batches of MDMA to larger-scale manufacturing. Ultimately, SPS will produce one kilogram of MDMA for MAPS later this year. After production, SPS will perform further tests and analyses, including a long-running stability test. MAPS will need about 500 grams of MDMA for use in our Phase 3 research studies. The remainder of the material will be used in Expanded Access trials, and distributed by MAPS to other researchers around the world.

Finding a GMP manufacturer, and now searching for a firm to package the drug, has taught me much about the pharmaceutical chemistry industry. I was surprised at how specific a niche a company might occupy. Some companies only produce the active pharmaceutical ingredient (API) without encapsulating or tableting it, while other companies primarily encapsulate or package, and others work on biological materials only.

I also learned that what we had considered to be a large batch of MDMA is actually considered small in the realm of drug manufacturing. Representatives from several firms told us that they could just as easily make a kilogram of MDMA as they could 100g or 500g, so the price would be almost the same. Since that was the case, trying to determine exactly how much MDMA we would need for Phase 3 trials was not necessary. If the price is similar and we can further more research by bringing more GMP MDMA into the world, then why not order a kilogram?

I had expected that manufacturing a chemical that is over 100 years old to be a simple process, like making widgets. I thought that there was a set of directions that all pharmacologists and chemists would know that would produce MDMA. However, from our discussions and exchanges during the search, we learned that building a chemical is more akin to cooking or artwork: finding a cost-effective, high-yield route to making a future medicine is a creative process of discovery, not to be found in a single set of directions.

The manufacture of GMP drugs is not cheap. The total cost of one kilogram of MDMA from SPS is approximately $400,000, not including the cost of encapsulating and packaging our finished product. To give further perspective, the MDMA for a single treatment session costs $75, while the MDMA for three sessions (one course) costs $250. We recently raised about $150,000 for GMP MDMA from our 30th Anniversary and our Global Psychedelic Dinners last spring, but the remaining funds needed to purchase this MDMA are still significant. Before 2016 comes to a close, I hope you will support this crucial step in making MDMA a prescription medicine.

Ilsa Jerome, Ph.D., is a Research and Information Specialist for MAPS Public Benefit Corporation. She earned her Ph.D. in Psychology from the University of Maryland-College Park. At MAPS and MPBC, she has played a role in study development, including capturing information about the study drug, measures, and data analysis. She also oversees submission of research documents to regulatory agencies. She follows literature related to MAPS and MPBC’s study drugs and gains further knowledge through discussion with other researchers. She has helped to create and maintain documents related to MAPS-supported studies, and plays a role in maintaining and updating the MAPS Psychedelic Bibliography. She has written informational documents on psilocybin, LSD, and MDMA. She can be reached at This email address is being protected from spambots. You need JavaScript enabled to view it..