Bitcoin, Ketamine, And Pineapples: Why I Donated $5 Million in Bitcoin to MAPS 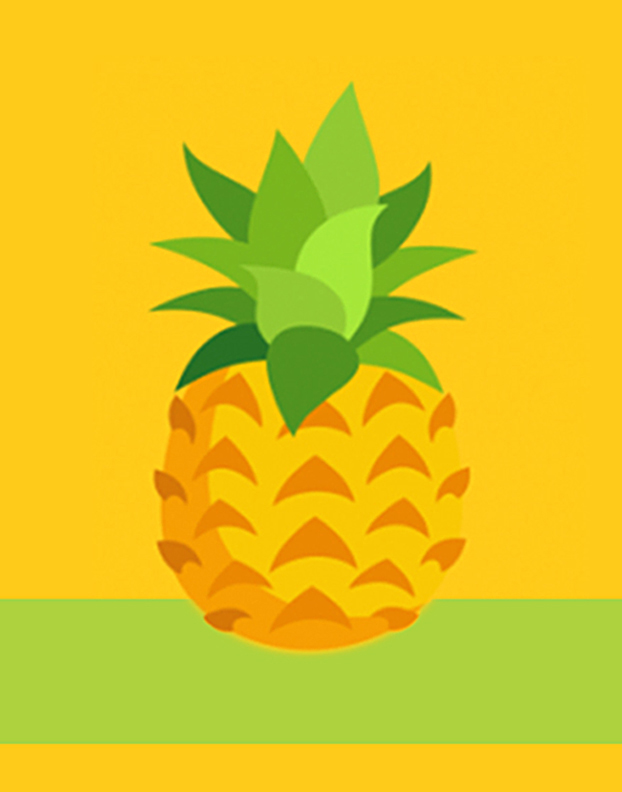 On March 9, 2018, the Multidisciplinary Association for Psychedelic Studies (MAPS) announced the successful completion of a $4 million matching grant from the Pineapple Fund for U.S. Food and Drug Administration (FDA) Phase 3 clinical trials of MDMA-assisted psychotherapy for posttraumatic stress disorder (PTSD). The Pineapple Fund was created by an anonymous cryptocurrency philanthropist known only as “Pine.” Over a period of several months, the Pineapple Fund turned 5104 bitcoins into $55 million for charities.

Over eight weeks, the matching campaign inspired $4 million in new gifts from over 550 individuals, which the Pineapple Fund has matched in Bitcoin, for a total of $8 million. 149 of these new gifts, totaling $1,093,330, were received in cryptocurrency.

On behalf of the millions of people and families who will benefit from legal MDMA-assisted psychotherapy for PTSD when it’s approved, MAPS expresses its sincere gratitude to all of the individuals and foundations who contributed to the Pineapple Fund matching grant.

Everything in my life made sense after I learned about borderline personality disorder (BPD). For as long as I can remember, I’ve experienced a powerful cocktail of intense emotions, episodes where I feel out of control, and far more. Life with BPD is tough, as evident by our suicide rate being 50 times higher than the national average.

The first symptom I experienced was an extreme fear of abandonment. Many of us have a childhood history with abandonment. Perhaps one or both of our parents left us, or our early friendships and relationships were traumatically unstable.

When a close friend takes longer to reply than usual, I experience intense and physical anxiety. Did I say something wrong? Am I not good enough? Before they even have the chance to explain that they’ve simply had a busy day, I begin to worry that our friendship is completely over.

My emotions can often feel like a rollercoaster. I could feel euphoric one moment, and utterly depressed the next. Minor things that other people do can act as triggers that send me down a bottomless pit. Unlike depression or bipolar disorder, these mood swings are extremely short and last minutes or hours at most. And for those who I have opened up my emotions to, they sometimes feel like they’re walking on eggshells.

However, even more perplexing is my unstable sense of identity. It’s hard for me to ever feel satisfied with who I am, or to feel like I can love myself. I frequently change jobs, goals, friends, and more. I want something until I have it; then I hate it. These are just some of my symptoms. It’s a complex condition, and everyone with BPD has their own story.

Is there anything positive about BPD? Somewhat. The intensity of our emotions is usually not welcome, but we can, in fact, feel and express love stronger than most people. By nature, we have to be resilient. Our emotional journeys make us more empathic and compassionate.

When I first heard about bitcoin in 2011, I was highly skeptical. I downloaded the software and promptly uninstalled it. It took a couple of months of procrastination until I saw the potential. Money issued and regulated through nothing more than code, transferable to anyone in the world without intermediaries and their costly fees; that is powerful.

Bitcoin was such a small community back then. Most of us went by pseudonyms, but that didn’t stop us from uniting around the mission of bringing decentralized money to the world.

Over the years, what originally was play money, slowly became an enormous sum. I haven’t really done much with my cryptocurrency for many years because I had little idea of how to spend this sum productively, and very little desire to do so, due to my BPD. The one thing I did have was plenty of optimism for the power of cryptocurrencies.

As life went on and the years went by, I gradually realized more and more how unhappy I was. I had just gotten out of a toxic relationship that made my BPD much worse, and then started needing Valium for panic attacks. I had little direction in life, and while I had amazing friends who stood by me, chronic emptiness was burning a hole through my body.

I’ve tried dialectical behavior therapy (DBT) and schematherapy with multiple therapists. It worked to some extent, but it wasn’t really effective. Part of it might be fluctuating motivation; another may just be how everyone’s BPD is different. During my research, I came across one promising clinical trial: novel uses of ketamine to treat borderline personality disorder.

The pharmacology made sense; BPD is typically associated with dissociation. For me, during intense emotional experiences, I naturally dissociate. It’s not a lot of fun. Ketamine is a dissociative, but it also features many more mechanisms of action that are actively researched. It’s believed to promote neuronal regeneration. While that particular clinical trial was closed, I kept the idea in the back of my mind.

A month later, while planning a trip to the US, I found a ketamine infusion clinic in Colorado. That clinic mainly dealt with depression and PTSD, but I emailed them and discussed my condition. I booked an appointment with minimal expectations.

After spending a week in New York with friends, I flew to Denver and went to the IV therapy center. After a consultation with the doctor, I was scheduled for my first ketamine infusion the very next day. Little did I know; this trip would be a defining moment of my life.

The actual infusion was pretty standard. A needle is used to pierce your skin, a cannula is inserted inside your vein, and a machine controls the rate of flow. It took minutes for me to feel the effect, and I dissociated more and more until my senses and emotions felt like they were contained and isolated. My body felt strange, with a great sense of disorientation.

In reality, my first ketamine infusion wasn’t particularly useful. I remember sleeping very well that night, which was great given my then-insomnia, but other than that, I didn’t feel any changes just yet. Ketamine infusion therapy is generally conducted in sets of 3 or 5. My second infusion, however, was incredibly significant.

Some time into my second infusion, I suddenly couldn’t think of anything other than “I’m fucked up.” I was in a foreign country, getting ketamine through my veins, because of my depressing BPD. This train of thought brought up tons of negative thoughts and fears, and caused me to fully realize my emptiness. It all hit me at once.

Traumatic experiences of my past flashed back. Every different anxiety I had on my mind seemed to organize themselves and categorize themselves. I started thinking about how to move on and how to stop regretting the past, and made commitments to myself that I wouldn’t have been able to otherwise.

I’ve had the idea to donate a large portion of my bitcoins for a while, and it is through this journey of discovering myself that made me actually commit to it. Nothing about my quality of life or my financial comfort would change, however it was the easiest and most direct way I could make a mark on this world.

I definitely had a lasting impact from ketamine infusion therapy. For the days immediately after the infusions, I felt far more clear-headed than I normally felt. My anxieties were tuned down, and I had a rare glimmer of hope and optimism for the future. I was even starting to like myself a little bit more; these seem to be the typical antidepressant effects of ketamine.

BPD-wise, my emotional peaks and troughs became a little bit more normalized. The intrusive thoughts that had been frequent for me didn’t go away completely, but they did reduce in frequency and severity. The main symptom that didn’t improve, however, was black and white thinking.

Over the coming months, I’ve used the opportunity that the infusions provided me to get my life and emotional state on a stronger, lasting ground. While the effects gradually faded (perhaps not entirely), the impact is lasting to this day, thanks to the more positive and self-loving mindset that has remained. It’s now much easier for me to manage my symptoms.

In late 2017, I finally got started on my charity project. I love pineapples, so why not call it the Pineapple Fund? The project was very much an experiment in donating money to charities, entirely with crypto. I’ve always admired the legend of Satoshi Nakamoto, the creator of bitcoin who used a pseudonym and kept their identity private, so I took on the nickname of Pine.

When I discovered MAPS’ work on MDMA-assisted psychotherapy research, I immediately saw parallels with my own experiences. I knew that psychoactive compounds can allow for introspective journeys that are extremely difficult to reach otherwise, and the combination of the substance with therapy is what has the most impact.

I’m proud that I’m able to help fund MAPS’ work on Phase 3 trials through donating over $5 million in Bitcoin, and I hope it is only the beginning of things to come. The use of psychedelic and related substances for mental health shows extreme promise in reputable studies, and I see this as the beginning of a renaissance. Thank you for listening to my story.