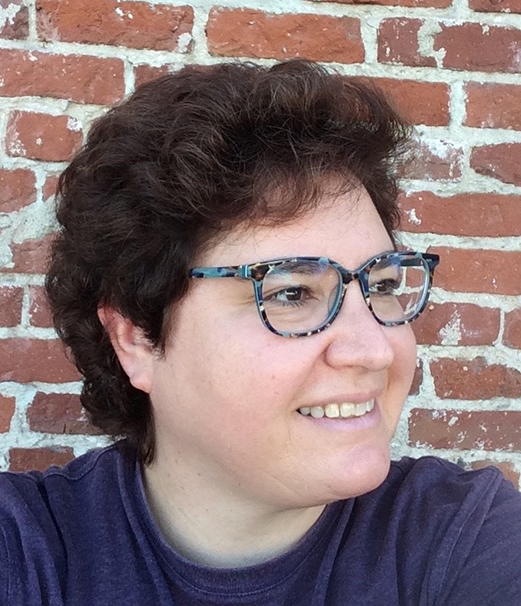 Dedicated to ET & FB, who saved my life with ketamine treatment.

Ketamine is a unique and beautiful medicine. It is used all over the world as a surgical and procedural anesthetic. Ketamine was first synthesized in a laboratory in the mid-1960s, and has been FDA-approved in the United States for anesthesia and analgesia since the early 1970s. Recently, an enantiomer of ketamine called esketamine was approved by the FDA for the treatment of refractory depression, which is a game-changer in psychiatry and psychotherapy. Interestingly, ketamine is a highly psychedelic medicine, but not in the classical sense. It is a dissociative medicine that quiets sensory input and can launch people into an expansive, transpersonal space.

For many years, ketamine was overlooked as a therapeutic agent because of the bias in Western medicine against psychedelic or psychospiritual experiences. However, in recent years, there has been a resurgence of interest in the therapeutic properties of ketamine as a tool for the treatment of severe and refractory (treatment-resistant) depression, and other psychiatric disorders such as bipolar depression, ruminative suicidal ideation, obsessive-compulsive disorder (OCD), and pain with depression. Clinicians and researchers are also currently investigating ketamine as a possible treatment for post-traumatic stress disorder (PTSD), substance use disorders, anxiety associated with death, anorexia, and chronic relational problems (personality disorders). One of the most interesting questions in the field at this time is whether it is useful and legally defensible to use ketamine as an adjunct for psychotherapy, i.e., for the purpose of spiritual exploration, in the absence of a psychiatric disorder that causes profound functional impairment?

Ketamine is a tiny, chiral molecule that easily passes through the blood-brain barrier. It primarily is a glutamate modulator that acts on the NMDA receptors in the glutamate pathway. There are many different ways to get ketamine into the human body, and each route has a different amount of bioavailability (the amount of medicine that effectively reaches the brain). The neuroscience of ketamine is beyond the scope of this article, and will be covered in a separate publication.

Ketamine is a delicate and flexible tool. There are many different ways of working therapeutically with ketamine. Clinicians and researchers disagree about the optimal way to work with it. One well-known way of working with ketamine is to administer 0.5 mg/kg of ketamine with normal saline solution via intravenous infusion (IV) based on the weight of the patient. The actual infusion typically takes 40 minutes, and the entire appointment takes about two hours. Patients frequently need a series of six infusions clustered together over the course of two or three weeks to induce a robust antidepressant effect using this dosing strategy. This approach to ketamine treatment has been endorsed by the National Institute of Mental Health (NIMH) and the American Psychiatric Association (APA). The new nasal spray containing esketamine will be used in a similar way. It is interesting to note that these protocols were specifically designed not to induce psychedelic experiences in any single treatment session. In this paradigm, the psychedelic properties of ketamine are generally considered to be a problematic (“psychotomimetic”) side effect that needs to be avoided or medicated. This approach to ketamine treatment is fundamentally a Western medical or a surgical model, where the antidepressant or therapeutic effects of ketamine are attributed to its biochemical properties, and the benefits are explained in terms of molecules, receptors, neurotransmitters, and the like. While there is no doubt that ketamine does something helpful on a chemical level, this may not be the whole story.  The problem with this paradigm of treatment is that it puts the patient in a passive position; the patient is not called upon to participate in their own treatment (except to show up for the appointment), and all of the “magic” is attributed to the chemical action of the medication.

A different way of working with ketamine is to use it as a lubricant in the psychotherapy process. The basic idea here is to offer the ketamine session(s) in the context of an ongoing psychotherapy relationship, in order to help the patient talk about material that is too painful or shameful to discuss otherwise. In this approach to ketamine treatment, the medicine is typically administered via a lozenge (transbuccal and/or sublingual absorption) or intramuscular injection (IM) in the 0.3–0.8 mg/kg range, and the session takes 1.5–3 hours, depending on the dose. (Note that you have to know the bioavailability of each route of administration to do the calculation correctly). Often, what we see clinically is the “consolidation” of psychological material. This is not the time to go searching for new memories. Instead, patients convey that their understanding or resolution of a difficult issue moves from being intellectualized into an embodied way of knowing. This way of working with ketamine fits into a psychological and relational paradigm, where the beneficial effects of ketamine treatment are attributed to the metabolism of psychological material, and the emphasis is on the psychotherapy process. Note that this kind of work can only truly be done by a trained psychotherapist embedded within the context of regular talk therapy sessions (which is conceptually similar to the MDMA-assisted psychotherapy protocol for treating PTSD); any other kind of provider in any other context is offering pseudo-therapy.

Another way of working with therapeutic ketamine is to use it to purposefully induce mystical and psychedelic experiences. Patients must be carefully selected and prepared for this kind of experience, as it can get very weird or be frightening in the absence of adequate preparation. To induce a psychedelic ketamine journey, 1.0–2.0 mg/kg of ketamine is administered by intramuscular injection (IM) by a medical professional in a safe and supervised environment. This typically causes the patient to temporarily enter into a state of conscious sedation or a special level of altered consciousness that precedes full anesthesia, and may include temporary partial paralysis. Patients report having vivid dream-like visions during the active medicine phase, which can begin a few minutes post-injection, and which may last approximately 75 minutes on average (depending on the dose), followed by several more hours of sedated recovery. Patients often have the experience of being “dissolved” as they enter into the dissociative and transpersonal space, and it is not uncommon for patients to report that they were in communication with a “divine energy” or “being” during their disembodied travels. When clinicians choose to work in this way, they are working in a psychedelic and shamanic paradigm, in which the mystical visions are valued. (Note that in the previous two paradigms, the mystical visions are avoided.) The role of the clinician is to ensure the physical and psychological safety of the traveler, and then later, to help the patient construct meaning from their visions and identify the action(s) that the patient can take to move toward wellness.

So which of these treatment paradigms works the best? In other words, what is the “right” way to use ketamine therapeutically? The answer is that all of the paradigms are useful. In my 17 years of experience to date, it is clear that different things work well for different people: Some patients are excellent candidates for a series of low-dose ketamine infusions or nasal spray; some patients are tied up in emotional knots on the inside and truly benefit from ketamine-facilitated psychotherapy; and a tiny fraction of clinical patients are actually good candidates for a full psychedelic ketamine journey. Learning how to distinguish which patients are likely to benefit from each strategy is beyond the scope of this article and the subject of much active debate in the clinical ketamine community. My goal is to educate patients about the variety of therapeutic ketamine services that are available, and to educate providers about how to work with various routes of administration and different dosing strategies for ketamine. Also, in reality, the different ways of thinking about ketamine treatment actually overlap and blend together. For example, when we offer a psychedelic ketamine journey to a patient, we are attentive to the therapeutic relationship, we are interested in the content of the visions, and of course the ketamine is affecting the brain on a chemical level, all at the same time.

Because of its importance in medical and surgical settings, ketamine is uniquely positioned as a highly hallucinogenic agent which is legal to prescribe and administer. Ketamine offers us the valuable opportunity to study psychedelic, transpersonal, and dissociative experiences without all of the bureaucratic red tape associated with studying other Sacred medicines. I think we are currently under-utilizing ketamine as a research tool for expanded mental states, mood modulation, and the possible connection between them. However, the easy access to ketamine creates another clinical dilemma, namely that ketamine in the transpersonal dose range is a terrible place to begin psychedelic exploration, because the dissociative experience can be so strange. What does adequate preparation look like? Also, is it psychologically safe for patients to do this kind of exploration on their own? These questions are actively being discussed within the clinical ketamine community.

Ultimately, the availability of therapeutic ketamine invites us to return to several essential questions. Is there any value in having psychedelic experience (in a contained medical environment)? I think that there is. Some people report that their psychedelic ketamine journeys were some of the most meaningful and educational experiences of their entire lives, while psychedelic ketamine experience would be extremely inappropriate for other people. Are the visions an annoying side effect, or are they a beneficial (or essential) component of the treatment? Finally, what are the implications for the broader field of medicine if we embrace the psychedelic component of ketamine treatment, instead of turning away from it?

Raquel Bennett, Psy.D. is a psychologist and ketamine specialist from Berkeley, CA. She has been studying the therapeutic properties of ketamine since 2002. Dr. Bennett is the founder of KRIYA Institute (kriyainstitute.com) and the organizer of KRIYA Conference, which is an annual and international event devoted to the use of ketamine in psychiatry and psychotherapy. Dr. Bennett has a long-standing interest in the relationship between mood modulation and psychedelic experience.