Gender Equity in Cannabis and Psychedelics 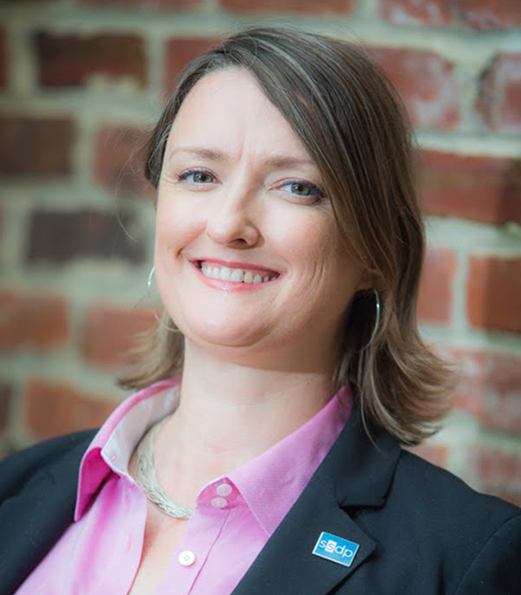 At the first national cannabis industry conference in 2012, I was invited to present on a marketing panel where I addressed the role of women in cannabis. We had just won Colorado’s Amendment 64 to regulate marijuana like alcohol, a campaign that relied heavily on converting women from opponents to supporters of cannabis policy reform. Leading a dedicated and brave group of activists, we brought our message of justice and safety to PTAs, places of worship, suburban living rooms, and boardrooms alike. In the years that followed, we have pressed for women, trans folk, people of color, and other marginalized or targeted communities to hold space in the cannabis and drug policy ecosystems. Regardless of that work, I recognize that what follows is an analysis of gender norms based in a false binary, written with the privilege of a white cisgendered woman which is by its nature reductive. I warmly invite feedback from community members who feel resourced to provide it, and I hope to initiate a more rigorous dialogue that incorporates a broader view.

“Women and cannabis” has been a hot topic, a conundrum, a focus of special interest in the cannabis industry since there was a licit cannabis industry. Born out of the efforts of Brownie Mary and her cohort, legal medical cannabis has always been, to some degree, the domain of women just as caretaking and nursing so often are. Since those early days, though, women and people who identify as women have always been relegated to gender-specific roles in cannabis culture and community: caretaker, baker, bikini-clad bong holder, exploited migrant trimmer. For decades, nearly every major drug policy reform organization was led by cis-gendered men and the trend was replicated in the cannabis industry, where few large companies had any women or people who identify as women in the C-suite, much less serving as President or CEO.

Men and boys, generally, are socialized as risk-takers. They are encouraged to test the boundaries and expected to carve out a legacy while holding limited responsibility for their actions—boys will be boys, after all. Women and girls, of course, are encouraged to hold boundaries, both expected to create an environment from which exploring and adventurous men can find the support to achieve greatness and, especially as young women, protect their own virtue and keep boys safe from themselves—they must be good girls, and if they aren’t they are shamed and stigmatized.

As young people, this creates an environment in which boys are more free to experiment with psychoactive substances and girls are less so. The 2017 National Survey on Drug Use and Health shows that 53.7% of American men and 45.7% of American women have ever used illicit drugs, with past-month and past-year use rates demonstrating larger gaps in regular or continued use. This is a trend that carries across all illicit substances, and is clearly attributable to socialized norms which require girls to be chaste and controlled but permit boys to experiment much more freely. (Unfortunately, these data sets do not address use rates among people who do not identify as male or female, though we know that young people who identify as LGBTQI+ are more likely to engage in problematic drug use due to social isolation.)

In adulthood, these trends are manifest in cis-gendered male-female partnerships across socio-economic demographics, with women still carrying the primary burden of caregiver for offspring and maintenance of the household despite growing equalization of expectations in the workplace, and as a result have less free time. Additionally, the dangers of losing our children, losing our freedom, losing hard-won opportunity, losing control, or losing bodily autonomy lend us to be more protective and risk-averse in professional and personal activities. The inevitable result has been that men have been the dominant force in the early development of the cannabis consumer community, cannabis advocacy community, and cannabis industry.

Early efforts to carve out a place for women and people who identify as women in the cannabis industry were remarkably promising, with 36% of businesses reporting employing us in the C-suite in 2013 and vibrant conversation at every industry conference regarding the role of women in the industry. However, the social norms combined with the norms of broader business—where there are more men named John in America’s C-suite than there are women—have combined to replicate the dominant status of men in business.

These same trends are evident in the world of psychedelics, where women are a majority in the roles of therapist, sitter, caretaker—but the organizations and companies leading the vanguard are represented by high-profile men, with notable exceptions such as the MAPS Benefit Public Corporation. Pre-existing gender norms which contribute to such trends are remarkably similar to those in cannabis and are equally worthy of deconstruction.

Women outnumber men in the psychology workforce by two to one and make up 75% of the educational pipeline, yet The American Psychological Association reports that gender gaps in research and high-status positions are pervasive. Men make higher salaries, are more likely to be in tenured or tenure-track positions, lead more research, and have less debt when they leave college.

The previously cited 2017 National Survey on Drug Use and Health shows that fewer than 12% of women have ever used hallucinogens, whereas nearly 20% of men have. Early research on the use of psychedelics to treat trauma has focused primarily on combat veterans, a vast majority of whom are men. Without careful attention paid to make psychedelic therapy safe and inviting for women and people who are genderqueer or transgender, norms which make it safer for cisgendered men to participate in such healing will only intensify.

American industry and society, writ large, sanction the systemic and unconscious biases, mirroring behaviors, and social capital development which create a perfect storm to concentrate power among people who reflect similar homogenous demographics. Even for those people most interested in diversifying their workplaces, it takes no less than constant examination of assumptions and behavioral patterns to break these chains. It’s one thing to say you value diversity, and another thing entirely to cultivate a workplace culture where people are valued for what they bring to the team, not how they sound or look when they bring it.

In the cannabis ecosystem, these efforts are often being led by alumni members of Students for Sensible Drug Policy. Shaleen Title drafted the equity provisions in the Massachusetts legalization bill and, in her role as Massachusetts Cannabis Commissioner, has been fighting to see the provisions properly enacted. Jason Ortiz, Rachelle Yeung, Scott Cecil, Ismail Ali, Jake Plowden, Monique Chavez, Kevin W Cranford Jr. and Nelson Guerrero helped shape the Minority Cannabis Business Association. Amanda Reiman and I, alongside countless other alumni, have contributed to gender equity efforts in cannabis. Our continuing work is generating relevant practices which should ultimately inform equity and inclusion work for influencers in psychedelics.

In that ecosystem, SSDPers are already shaping the dialogue around inclusion and diversity. As the next generation of therapists, researchers, and advocates is developed within our ranks, we can expect them to understand that the pervasive and destructive harms of the War of Drugs will only be ameliorated through reparative activities which are driven by and centered around the needs of the most marginalized. They will drive policies from government and practices in business which generate real investment in the health and well being of communities and individuals targeted by the drug war, ensuring that people who use highly stigmatized drugs are not left behind. They will ensure that in the future, questions about the sometimes helpful, sometimes harmful, and always inevitable presence of drugs in our communities will be answered with policies rooted in safety, education, and true justice.

Betty Aldworth is the Executive Director of Students for Sensible Drug Policy and since 2014 has led the organization through its most substantial growth: the member base and campuses on which SSDP is present have doubled; staff and offices supporting those members have tripled; global presence has quadrupled; and as a result the policy change and education efforts members are leading have grown immeasurably. Since 2009, Betty has specialized in community outreach, public relations, advocacy, and policy reform as a consultant to or staffer for cannabis-related businesses and nonprofit organizations. She served as spokesperson and advocacy director for Colorado’s successful 2012 Campaign to Regulate Marijuana Like Alcohol, the collaborative committee responsible for legalizing, taxing and regulating marijuana for adults in Colorado, and was the Deputy Director of the National Cannabis Industry Association in 2013, the organization’s fastest year of growth. Prior to her work in marijuana policy and medical cannabis, she was a volunteer leadership professional with some of Denver’s most well-respected nonprofit organizations, ultimately leading a team of 4,000 volunteers who contributed over 40,000 hours of service annually.