What can we learn from studying psychedelics in special populations? 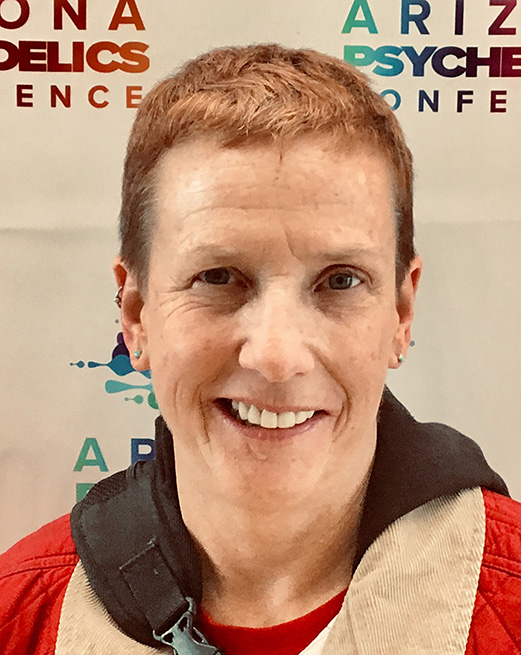 In the contemporary psychedelic sciences, what is the purpose of singling out certain groups for research, treatment, or conferences? Are gay people, women, and people of color so different that psychedelics would have such dissimilar action on them that it would warrant separate research on their effects?

An announcement for the upcoming conference, Queering Psychedelics, planned for June 1–2, 2019, presented by the Chacruna Institute of Psychedelic Plant Medicines, and co-sponsored by the Multidisciplinary Association for Psychedelic Studies (MAPS), focusing on LGBTQI (lesbian, gay, bisexual, transgender, queer, and intersex people) and psychedelics, was met with posts on social media calling the idea “ridiculous” or asking “why?” The search for inner peace, self-acceptance, and self-love is complicated by societal disregard, religious censure, and patriarchal structures that hinder this quest, with barriers and judgments that are different for each population.

Higher rates of trauma exist for people of color and LGBTQI (Ellis 2016), and women are more likely than men to experience PTSD, depression, and anxiety (Olff 2017). If we are looking at psychedelics as treatment for mental health symptoms, it makes sense to especially focus on these groups. Beyond this, though, are differences in the nature of the trauma, abuse, or rejection that each group has experienced that necessitate different approaches and emphases.

When I proposed my dissertation research on gay people and ayahuasca, several people, including some prominent researchers in the field, also reacted with confusion. Although a focus on women and psychedelics might incite a less confused response, I propose the dominant culture has trouble conceiving that the psychedelic experience of minority groups might be different and may open other, important doors of perception for stigmatized individuals. It is a credit to MAPS for recognizing this in their trainings and proposed trials of MDMA-assisted psychotherapy for people of color who have suffered racial trauma. The issues for each group may be different, but the end goal might be said to be the healing of the relationship with the world through an unassailable love for the self, achieved by the understanding of one’s true identity.

As psychedelic therapies have become more discussed as a possible treatment approach for various mental health issues, including addictions and depression, their capacity to influence self-esteem has been featured. Self-esteem can also be characterized as self-worth and self-love, and is the most fundamental basis upon which progress in psychotherapy proceeds. Healthy self-esteem includes a beneficent and forgiving inner voice that encourages rather than judges. The more one comes to know oneself, the greater the chance to love all the parts of oneself; the journey of self-discovery is inevitably a journey of self-acceptance. This self-acceptance and self-esteem have the power to overcome all the negative judgments of the world.

Parenting styles and culture strongly influence the way we see ourselves and what type of voice is given space in our heads. Women are taught to modify their self-concept, minimizing themselves to fit in with a patriarchal culture and, for many LGBTQI people, the voice is shaming, impacting self-esteem in a negative way. Psychedelics can allow us to observe the messages we repeat about ourselves and follow their origins to discern their validity. It is possible to understand psychedelics as a tool to achieving the goal of liberation: women’s liberation, gay liberation, trans liberation, black liberation, and liberation from the illusion that we are unequal in any meaningful way.

Women’s roles are inscribed in popular sacred texts, reminding them to obey and serve in secondary roles. Slowly, women are gaining agency and representation, but their work is consistently undervalued, they can still be sold into marriage as children, and they are trafficked for sex worldwide (Lewis 2019). Women have been relegated to subordinate status and an accomplished woman will rank lower than the lowest man in many cultures. How satisfied and content can someone be acting in subservience while denying their true nature and potential? Everyone is familiar with the loving sacrifice of mothers for their children and families, but is it fair that the burden should fall so disproportionately on the shoulders of women? Unequal pay, limited civil rights, being treated as chattel, and sexual abuse characterize the lives of many women around the world. These factors will all impact self-esteem.

Psychedelics may be used to show women who have been oppressed the full range of their capacities; women can have experiences with psychedelics that reveal a self that is beyond the roles foist upon them, and they may come to see the power that they have as divine beings on earth. This is the spiritual truth that lies at the heart of the mystical experience; an understanding of the limitless and absolute nature of the self.  A recent event in November of 2018, the Women and Psychedelics Forum, also presented by the Chacruna Institute for Psychedelic Plant Medicines and co-sponsored by MAPS, took on some of the issues relevant to women both as researchers and consumers of psychedelics. Psychedelic treatments focused on women’s needs and differences will be appropriate for this population and more conferences and discussions related to this topic will be generated, if psychedelic science continues on its current trajectory.

In my own research (Cavnar 2018), I discovered that some gay and lesbian people have used ayahuasca to come to terms with their orientation and accept themselves, even within religious paradigms that criticize and reject these orientations. Beyond the social and cultural messages, and for some people I spoke to, beyond ideas of gay or straight and male and female, was the truth of who they really were. Their ideas of themselves had expanded through the use of ayahuasca and they found it hard to accept or understand ideas critical to the expression of that self in all its desired manifestations.

Owning an LGBTQI identity is typified by the act of “coming out of the closet,” telling others of our minority orientation and bracing for the response, which can be one of complete rejection, often with religious implications; a rejection extending from the parents to the family to the deity, all in agreement on the wrongness of the revelation. A strong sense of self-esteem, found in people with healthy egos, is the best defense against the assault from heaven and earth that can be the response to coming out. As culture changes and benefits from the greater numbers of people coming out, rejection is becoming somewhat less likely, but continues to be the dominant response, also codified in religious texts common worldwide. “Reparative” therapy to change sexual orientation has been outlawed in several states and has been found to be more damaging than useful (Hicks 1999), but it continues to be promoted by some therapists and has support among current administration officials (Stack 2016; Nutt 2016). This level of rejection of the sexual self is deeply disturbing to the soul, and is an area especially in need of attention and healing in gay, lesbian, and trans people. Psychedelics may be useful in this regard. Conferences and forums to explore this potential can be expected to be relevant to this population and researchers working with them.

I hope in this short text to have explained to those who are perplexed the purpose and justification for focusing on groups outside white, heterosexual, male paradigms. That so many in the dominant culture find it confounding that other groups have other ways of understanding and benefiting from their psychedelic experiences speaks to the dominance of their viewpoint and the lack of input that has reached them.  And this is only to speak of healing psychedelic treatments in the West, let alone the indigenous use of plant medicines and their justifications: The study of those different from ourselves can only increase our appreciation of the diversity of options to draw on when formulating our world view. Psychedelics, used carefully, can for some people provide a path past the external limits that fate has meted out, and their radical truths have represented a threat to the status quo since they were first used in modern times. If we could all see the truth about ourselves, our equality would be apparent, and hierarchies based on external accumulations would be ruined. This is the threat and the promise of psychedelics.

Clancy Cavnar has a doctorate in clinical psychology (Psy.D.) from John F. Kennedy University in Pleasant Hill, CA. She currently works in private practice in San Francisco, and is Associate Director of the Chacruna Institute for Psychedelic Plant Medicines. She is also a research associate of the Interdisciplinary Group for Psychoactive Studies (NEIP). She combines an eclectic array of interests and activities as clinical psychologist, artist, and researcher. She has a master of fine arts in painting from the San Francisco Art Institute, a master’s in counseling from San Francisco State University, and she completed the Certificate in Psychedelic-Assisted Therapy program at the California Institute of Integral Studies (CIIS). She is author and co-author of articles in several peer-reviewed journals and co-editor, with Beatriz Caiuby Labate, of eight books.