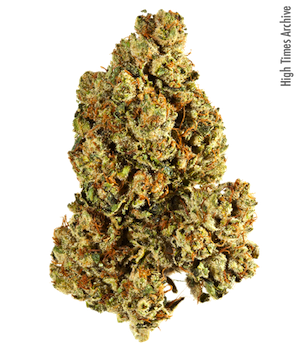 MAPS has completed the first-ever clinical trial of smoked marijuana for symptoms of posttraumatic stress disorder (PTSD) in veterans of war.

MAPS is working to demonstrate the safety and efficacy of smoked botanical marijuana as a prescription medicine for specific medical uses to the satisfaction of the U.S. Food and Drug Administration.

Our efforts to initiate medical marijuana research have been hindered by the National Institute on Drug Abuse (NIDA) and the Drug Enforcement Administration (DEA) since our founding in 1986. NIDA's previous monopoly on the supply of marijuana for research and the DEA's prior refusal to allow researchers to grow their own has restricted medical marijuana research for decades. Since 1999, MAPS was involved in legal struggles against the DEA to end this situation. On August 11, 2016, the DEA announced their intention to grant licenses to additional marijuana growers for research, thereby ending the DEA-imposed 48-year monopoly on federally legal marijuana.

On March 14, 2014, the U.S. Public Health Service approved our study of smoked whole plant (botanical) marijuana for symptoms of PTSD in U.S. veterans. MAPS worked for over 22 years to obtain marijuana for medical marijuana drug development research, and the approval is a historic shift in federal policy. On December 17, 2014, MAPS was awarded a $2 million grant from the Colorado Department of Public Health and Environment to complete the study. The study has received full approval from the FDA, DEA, and Institutional Review Boards (IRBs). The study began in January 2017 at Scottsdale Research Institute in Phoenix, Arizona, and completed its treatment phase in January 2019. We anticipate that the resulting paper will be submitted to journals for publication by June 2019.

See below for frequently updated information about completed, ongoing, or planned MAPS studies.

Marijuana for Symptoms of PTSD (U.S.)